Rhinogenous neuroses in adolescents and adults

Under this conditional concept - reflex rhinogenic neuroses - previously they combined the pathology described in this section. In bronchial asthma of nasal origin, first of all, its causal moments are eliminated: polyps and foreign bodies of the nose, protrusions, curvatures, hyperplasia are removed, drug treatment is carried out during an attack (irrigation with cocaine solution or injection of anesthesin). However, it is extremely important to influence the psyche of a patient with rhinogenic neurosis with psychotherapy and convince him that an attack does not pose a danger to life, although irritation of a mechanical, thermal or chemical nature, olfactory sensations that can cause an attack should be avoided.

It is useful for the patient to create as favorable climatic conditions as possible, for example, in case of severe emphysema of the lungs, recommend resort treatment, stay in high altitude conditions, hyperbaric oxygenation (treatment in a pressure chamber), etc. 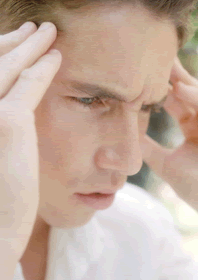 With rhinogenic neurosis, the patient develops a fear of death against the background of a panic attack as a result of an attack of "nasal" asthma.

In addition to measures for hardening the body, with rhinogenic neurosis, iodine preparations were previously used (2-3 g of potassium iodide can be given during an attack), and in case of intolerance to their prolonged use - other means. Often, sprays and powders, containing mainly antispasmodics, bring relief; subcutaneous injections of atropine (0.0005-0.001 ml) are used to stop the attack. To facilitate exhalation, various breathing apparatus is used that act on the corresponding muscles, squeezing the air out of the lungs. The same action can be achieved by squeezing the chest with your hands (as with artificial respiration). Distracting hot foot baths and mustard plasters sometimes work well during an attack.

For "nasal" asthma (rhinogenic neurosis), bilateral resection is proposed. The incision is made from the middle of the eyebrow to its inner end and downward to the inner corner of the eye. The soft parts, together with the periosteum, are pushed back into the orbit until, at a depth of 2-2.5 cm from the edge of the wound, the bundle containing the nerve and blood vessels coming from it becomes noticeable. The nerve and blood vessels are ligated at the point where they exit from the fatty tissue of the orbit.

The reflex relationship between the nose and the sexual apparatus in rhinogenic neurosis has not yet been fully elucidated, but at the same time, it has been suggested that pain in the sacrum in dysmenorrhea, as well as labor pains often depend on functional or organic changes in the nose and can be eliminated by lubrication with cocaine or cauterization of certain places - the so-called genital points (on the inferior turbinate). Although this question still needs to be clarified, with rhinogenic neurosis it is quite appropriate to resort to such harmless measures as smearing with cocaine if it works favorably, and it is not even so important in which way the effect is obtained - reflex or as a result of suggestion. 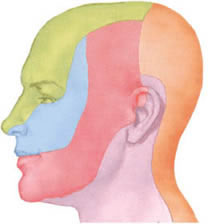 Due to a disease of the nose, neuralgic pains in the orbit often appear.

The same open question in rhinogenic neurosis is the relationship between changes in the nose and epilepsy. Until now, it has not been possible to irritate the reflex points in the nose to cause an epileptic seizure, on the other hand, according to experts, after the elimination of anomalies in the nose (removal of foreign bodies, removal of polyps, hyperplasia of the concha, protrusions of the nasal septum), epileptic seizures temporarily stop, based on which nevertheless allowed the existence of epilepsy of reflex nasal origin. Be that as it may, even not being sure of the possibility of influencing epilepsy in this way it is necessary to carefully examine the nose and cure the detected pathological changes. According to the observations of some authors, after removal of the pharyngeal tonsils, children no longer had epileptic seizures; there is such an observation in our practice.

Heart disorders (feeling of constriction, increased palpitations, pain in the heart or the area of the heart) can appear in people with increased nervous system excitability under the influence of irritation of the nasal mucosa. In such patients, one should try to eliminate the neuropathic predisposition by general treatment and surgically remove painful pathological changes in the nose.

Visual impairments due to nasal diseases often appear as a result of the transition of the process to the connective membrane of the eye and the lacrimal apparatus. However, sometimes photophobia, amblyopia, asthenopia, atrial fibrillation, blepharospasm develop by reflex from the side of the nose. Neuralgic pains in the eye socket and the forehead along the trigeminal nerve can be of the same origin. And in these cases, a beneficial effect is given by the careful treatment of the changes in the nose.