Treatment for a deviated nasal septum with difficulty in nasal breathing

With a wide variety of types of deformation of the nasal septum, the tactics of surgical intervention differ. Submucosal resection was supplemented with septoplasty and septocorrection. Many ENT surgeons currently perform predominantly Killian submucosal resection of the nasal septum, in which a functional result is achieved by removing the entire supporting part of the septum. Preference should be given to functional sparing options for operations - septoplasty and septocorrection technologies, and in case of hypertrophic rhinitis: vasotomy, laser surgery. 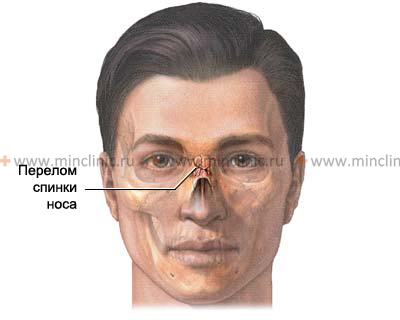 The deformation of the nasal dorsum and septum disrupts the natural and rational architectonics of the intranasal structures. All this cannot but affect the functioning of the complex mechanism for regulating the cleaning, humidification, warming of the air, and the formation of the direction of the air stream. The automatism of the response of the abundant vascular network of the paranasal sinuses is disrupted, the tone of the vascular wall is disrupted. Puffiness of the mucous membrane appears the outflow openings of the paranasal sinuses are reduced or completely covered. Their aeration is impaired. Conditions appear for the development of vasomotor and another rhinitis, and then inflammatory processes in the paranasal sinuses. All this negatively affects the functional state of the upper respiratory tract and the entire respiratory system.

There are a large number of different techniques for correcting the inferior turbinates. At present, methods such as conchotomy, galvanocaustics, cryodestruction of the lower turbinates are considered unacceptable, since this results in a loss of a large area of the mucous membrane, the excretory, transport, and absorption function of the nose suffers, which leads to atrophic rhinitis. Therefore, for the correction of hypertrophied inferior turbinates, sparing methods are currently used, such as submucosal vasotomy, when the adducting vessels from the side of the bone are destroyed. If necessary, submucosal vasotomy is supplemented with lateroconchopexy - breaking the bone base of the inferior turbinate and displacing it laterally.

Methods aimed at destroying the submucous cavernous plexuses of the inferior turbinates have become widespread. These include submucous diathermocoagulation and radio wave submucous coagulation, cavernosotomy, submucosal cryodestruction. The combined pathology of the inferior turbinates and the nasal septum, impairing the basic functions of the nose, requires corrective surgery on the septum. There are many methods and methods of these interventions, but the search for new ones and the improvement of old ones continue. In recent years, otorhinolaryngologists have begun to return to this problem more actively.

Despite the fact that in recent years many different options for operations have been proposed, today there is no universal method for septoplasty and turbinoplasty, it is hardly possible since each variant of deformation of the nasal septum requires an individual approach when choosing a surgical intervention.

Hemitransfusion incision along the edge of the quadrangular cartilage on the side of the curvature. Septal mucoperchondria dissection on both sides. The device for ultrasonic compression correction aligns the curved areas of the cartilaginous and bony parts of the nasal septum. After that, the sheets of the mucous membrane come closer and the correct location of the septum and the degree of restoration of the lumen of the common nasal passage are monitored. 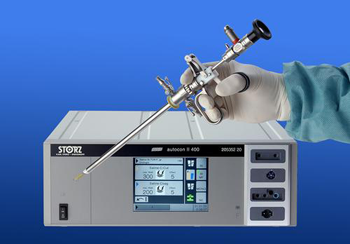 Suture for incision and suture for thin silicone splints installed on both sides of the septum to prevent synechia and displacement.

Next, we developed an aspiration-vacuum ultrasonic device submucosally without injuring the mucous membrane of the lower turbinates, we perform intracaneal turbinoplasty, restoring the lumen of the common nasal passage to normal, to eliminate obstacles in the path of the airflow, leading to an impaired aerodynamics. Anterior oil tamponade with levomekol for a day.

There were no complications during surgery and subsequent treatment. None of the patients developed synechiae, nasal breathing was restored in full volume. The patients were discharged on average 5-7 days after the operation. The technologies developed by us for minimally invasive endonasal intracancerous ultrasonic turbinoplasty and compression ultrasonic septocorrection are the key to a stable positive clinical effect.